I wanted to start a series of posts here, and since one of my personal projects over the last few months has been to catch up on canon material, I figured what better topic to cover on a regular basis than to recap these stories as I go. So on a weekly basis, I’m going to take one of these canon stories and give you the rundown: the general plot, what I liked, what I maybe didn’t enjoy as much.

Our first novel is Last Shot, written by Daniel José Older. This was released on April 2017, 2018, just before Solo: A Star Wars Story. And being a tie-in to the movie, this novel obviously features Han Solo and Lando Calrissian as the main characters.

With the basics out of the way, let’s jump in! 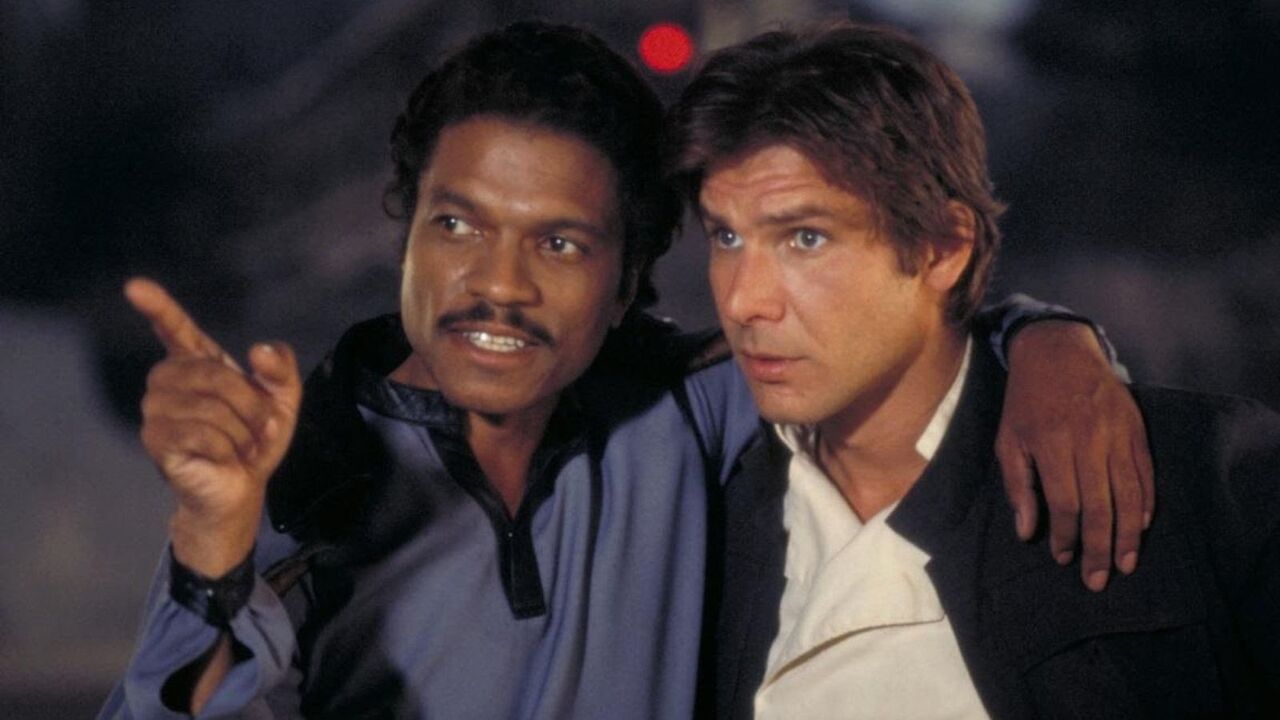 There are, however, a healthy dose of flashback sequences in the novel that take place anywhere from 10 years to 20 years prior to the main story. The flashbacks are those of Han from about 10 years ago, Lando from about 15 years ago, and Fyzen Gor (our main villain) from about 20 years ago. As you can imagine, the events in these flashbacks all influence how we get to the point we’re at in present day.

At a very high level, the story works out like this. Lando is visited by a mysterious green-hooded figure who is able to hack Lando’s personal droid into a red-eyed killing machine, whose only thoughts become quite literally, “killlll.”  After narrowly escaping the encounter, Lando pays Han and Leia a visit on Chandrila. Lando tells the rest of the story, and we learn he’s been tasked to track down something called a Phylanx Redux Transmitter, which was last seen with the owner of the Millennium Falcon. Since that’s Han, this becomes Lando’s first stop. Leia, being as wise as she is, sees Han needs some time out of the house and sends him on an adventure, only requiring a promise to return home to her and a two-year-old Ben.

They assemble a team which consists of Kasha Bateen (Lando’s Twi-lek love interest), Peekpa (an Ewok that’s incredibly good at slicing), Taka Jamoreesa (a non-binary ace pilot), and Florx Biggles (an Ugnaught that is very adept at fixing droids), and eventually Chewbacca (after picking him up on Kashyyyk). Through a series of events and flashbacks, we find out that our villain Fyzen Gor has developed a method of fusing organics and droids together, or using human parts and limbs to replace broken down droid parts.

Now, if that sounds crazy, just wait. Because we find out that our device (the Phylanx Redux Transmitter) is capable of trasmitting a signal to the droids of the galaxy turning them all into those red-eyed killing machines Lando first encountered way back in the first pages of the story. Our heroes’ task then is simple: stop this from happening to avoid the mass death toll that would ensue if all the droids of the galaxy suddenly turn and kill all the “organics.”

So that really gets you up to speed on the events of this novel. And having just discussed that, I think I can jump into what I didn’t love about this novel right away. It’s a bit silly. It very much reminds me of some old Expanded Universe stories with a threat to the galaxy of this nature (maybe not this exactly) that can only be diffused by our heroes. And that’s pretty much the way it works out. While the imagery around droids with human (and even Wookie) body parts is equal parts wild and macabre, it all amounts to an overall story that I had a hard time getting invested in.

Now, that said, there are parts of this story that I adored. The Han and Lando moments, which as you can imagine are numerous in a Han and Lando novel, are extremely enjoyable. In fact, there are quite a few instances where I can hear Harrison and Billy Dee inside my head, speaking the dialogue. It’s prefectly written. Lando’s first encounter with Han on Chandrila, which is a hearty punch to the face, just feels so right.

Add on top of that, two-year-old Ben is insanely cute. You want to fall in love with Ben as a character? Here’s your chance. He seems to be a bit of a momma’s boy, as Leia is always the one able to calm him down, but he still loves his father so much. He doesn’t want Han to leave and whenever they’re able to chat holograpically once he does leave, he just wants dad to come home. These scenes are so precious, and even more meaningful knowing the rest of the story already.

On the opposite side of that, though, we learn how much Han struggles not only as a father but as a husband. He’s often conflicted in how he feels about his responsibilities as a parent versus how he feels about being out in space on some crazy adventure. And more often than not, he’s at a loss on what to say in order to voice those feelings to Leia, or anyone else around him, really. He feels that no matter how hard he tries to be a family man, he just finds new ways to fail. Again, very powerful moments knowing how future events play out.

I also found myself increasingly attached to the supporting characters. Taka was a lot of fun to get to know, and I could easily see more stories in Taka’s future. Kasha as Lando’s love interest worked remarkably well, and I found myself really rooting for the two of them. Peekpa turned out to be a fun Ewok, and the rest of the character’s reactions to her were a lot of fun as well, since Han and Lando specifically can’t understand a word she says the entire time.

So, do I think you should check this out? I’m mixed, to be honest. If you don’t mind some of the outlandish plot points, I think there’s a lot of fun to be had in Last Shot. If you’re reading this and maybe rolling your eyes, it might be a pass for you. Personally, I think the positives of this novel outweith the negatives.

Next week, we’re going to be checking out the appropriately titled From a Certain Point of View, which was the compilation of 40 short stories to commemorate the 40th anniversary of A New Hope.